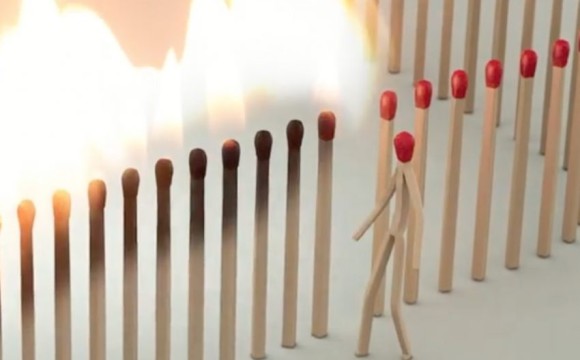 Italy has become the frontline of a war amongst species.

The “invisible enemy” of humanity, Covid-19, is retreating in China and South Korea, but is now causing a high number of victims in Italy, especially amongst the elderly population. The country is gripped by fear as containment measures continue to be tightened.

In this difficult moment, our hope is based on the abilities, spirit of sacrifice and profound love for others demonstrated by all the people who are daily facing this insidious enemy and trying to save the lives of those infected and fighting to survive. Doctors, nurses, health workers and assistants are fighting in the “trenches” of this war. They are conducting extremely risky operations that put their own lives at risk to help other humans who have been struck by the virus.

We participated with heartfelt sincerity in applauding doctors and nurses and singing from our balconies. We appreciated the commitment of taxi drivers to give free rides to medical personnel. In general, people have expressed their solidarity through videos, poems, etc. in this dramatic period.

In the meantime, editorialists and commentators have been reflecting on the aftermath, on what will happen once the country has defeated this invisible enemy. The feeling is that nothing will be as it was before, that this novel war between species will permanently improve our behaviour. We imagine, for example, that the conflictual, oppositional and divisive behaviour of Italian politicians will be replaced by new social and political responsibilities, just as happened after the Second World War. A new and more mature awareness will also allow us to pay the due homage to the suffering, sacrifice and solidarity of those who contributed to the victory of humanity.

All of us at the Fondazione Mondo Digitale also want to help all those providing services to citizens, all those on the front line against the Coronavirus, collecting and sharing the ideas and reflections of our community.

We are asking you for two types of contributions that can be addressed to futuro@mondodigitale.org

The image is taken from the video on the social distance of the visual artists Juan Delcan and Valentina Izaguirre.

This website uses cookies to improve your experience while you navigate through the website. Out of these, the cookies that are categorized as necessary are stored on your browser as they are essential for the working of basic functionalities of the website. We also use third-party cookies that help us analyze and understand how you use this website. These cookies will be stored in your browser only with your consent. You also have the option to opt-out of these cookies. But opting out of some of these cookies may affect your browsing experience.
Necessary Always Enabled
Necessary cookies are absolutely essential for the website to function properly. This category only includes cookies that ensures basic functionalities and security features of the website. These cookies do not store any personal information.
Functional
Functional cookies help to perform certain functionalities like sharing the content of the website on social media platforms, collect feedbacks, and other third-party features.
Performance
Performance cookies are used to understand and analyze the key performance indexes of the website which helps in delivering a better user experience for the visitors.
Analytics
Analytical cookies are used to understand how visitors interact with the website. These cookies help provide information on metrics the number of visitors, bounce rate, traffic source, etc.
Advertisement
Advertisement cookies are used to provide visitors with relevant ads and marketing campaigns. These cookies track visitors across websites and collect information to provide customized ads.
Others
Other uncategorized cookies are those that are being analyzed and have not been classified into a category as yet.
Cookie
SAVE & ACCEPT
Powered by